Your Dog's Sleep Style & What It Says about Them

Have you ever wondered why your dog sleeps the way they do? After going for a walk on a particularly hot day, they might be tuckered out and overheated, so they’ll elect a position that allows them to cool down quickly. Maybe they’re perfectly comfortable and decide to curl up next to you as you read a book on the sofa after you get home from work. Maybe there’s one sleep position that they choose most often- so let’s go through some common sleep styles and what they say about your pup! 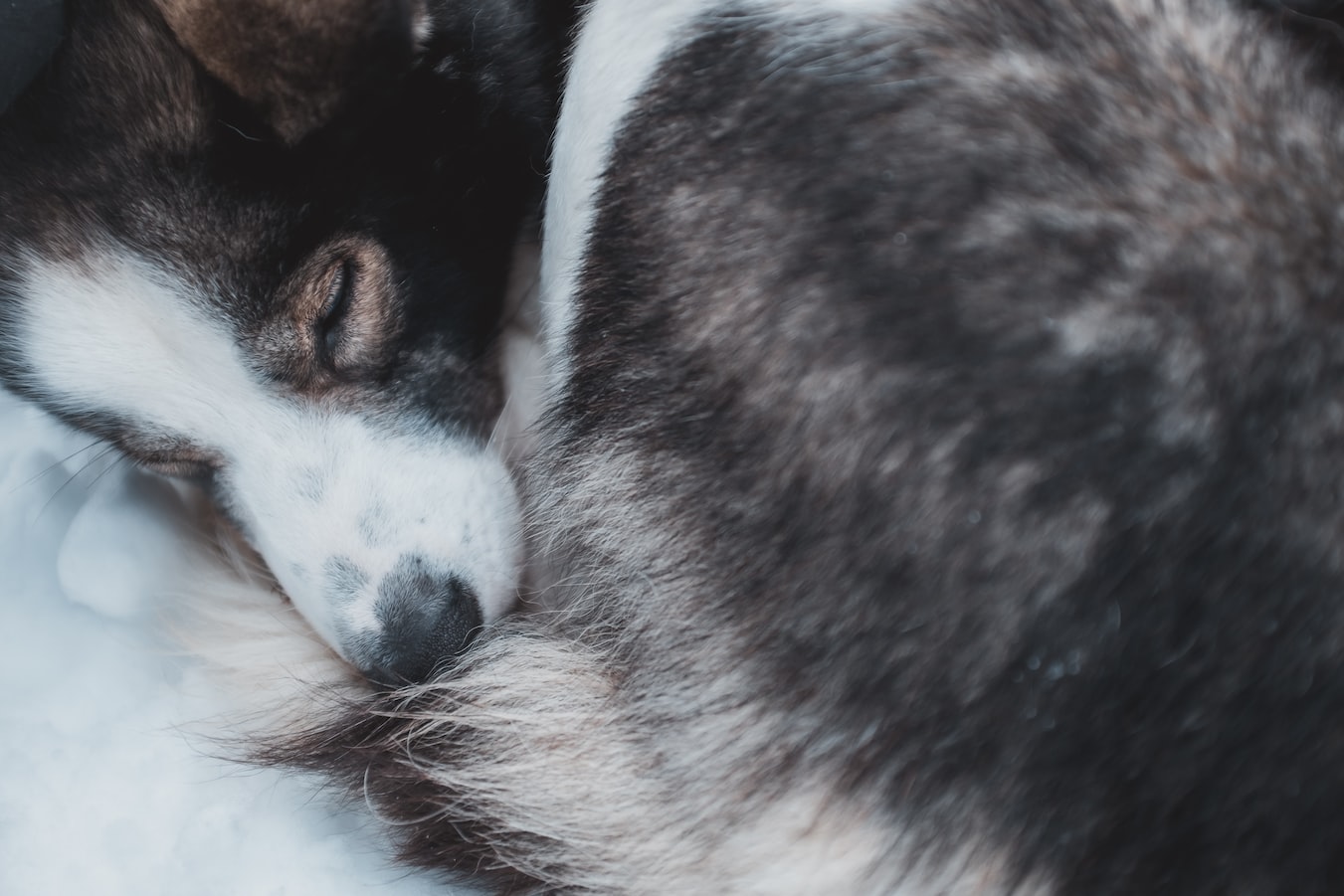 Your dog has begun circling on their perch of choice before sitting, tucking their paws beneath them, and curling into a ball. This sleeping position is probably the most common because it’s comfortable and allows your pup to protect themselves from attack or cold. Wild dogs and wolves adopt this sleeping tactic, as well. It’s also very cute (and my favorite, if I’m honest).

This position likely means that your dog has a pragmatic and cautious disposition. This doesn’t always have to mean that they’re skittish, but it may mean that they might be less likely to trust strangers or be uncomfortable in new settings or situations.

When your dog elects to snuggle with one or more of their other canine companions, or with you, it shows a level of deep trust and loyalty. Wolves and wild dogs that live in pack-communities sleep this way, and it’s likely that your dog has bonded with their sleep companion so deeply that they view them as part of their own pack.

If your pup picks this sleep style, it’s indicative of a fiercely loyal, protective, and affectionate personality!

With all four limbs stretched and their chins on the ground, this sleep style is optimal for a quick mobilization to maximize playtime and prance over to the door for a walk as soon as they’re called.

If this sleep style has your dog’s name written all over it, it probably means that they’re highly energetic, easily motivated, attention-seeking, and loves to play!

When your dog sleeps on their side it means that they’re comfortable in your home and with its occupants as they’re leaving their belly and throat exposed. It could also mean that they’re overheated and are trying to let all of the heat escape from their paws and tummy to cool down.

If your pup picks this sleep position rain or shine, it probably means that they are relaxed, trusting, and loyal.

Quite a few dogs that sleep like this and though it looks odd at first glance, there is absolutely nothing to worry about. Like the side sleeper, the back sprawler is a vulnerable sleep style because they are making no effort to protect themselves from attack. This means that your dog is supremely comfortable in your home and can let their guard down.

If your pup opts for this sleep style, it probably means that they’re quite the character. Not only is this indicative of a self-secure personality with an independent streak, but it also means that your pup is signaling submissiveness, too.

Legs up, paws out! This sleeping position looks absolutely hilarious at first glance, but it’s mostly done when your pup is overheated and needs to cool down in the quickest most efficient way possible or when your pup is tuckered out from a high-activity day. This position is a vulnerable one and suggests that your dog feels comfortable enough to let their guard down.

This position is a mix between The Back Sprawler and the Side Sleeper and indicates a relaxed, happy mood and a confident, adaptable personality.

This is a modified Croissant sleep style and consists of your dog curling into a c-shape on their belly with either their paws tucked under their bodies or left at their sides. This position is an uncomfortable way to nap and actually doesn’t allow their muscles to fully relax, so they don’t enter into REM sleep.

This doesn’t mean that your pup is unhappy in their own lives, however. It may mean that they’re so brimming with energy that they can’t get themselves to relax- even when they’re sleeping! They might not be as energetic and spritely as a Belly-Flopper, but they likely have a softer, gentler personality.

Separation Anxiety and Loss of Appetite in Dogs