If you see your pup sniffing another dog’s butt, don’t be surprised. Canines don’t like to get a whiff of nether regions just because they fancy dog bottoms. Smells are one of the essential ways that dogs learn about their environment, and as you can imagine a dog’s butt is full of… smells. 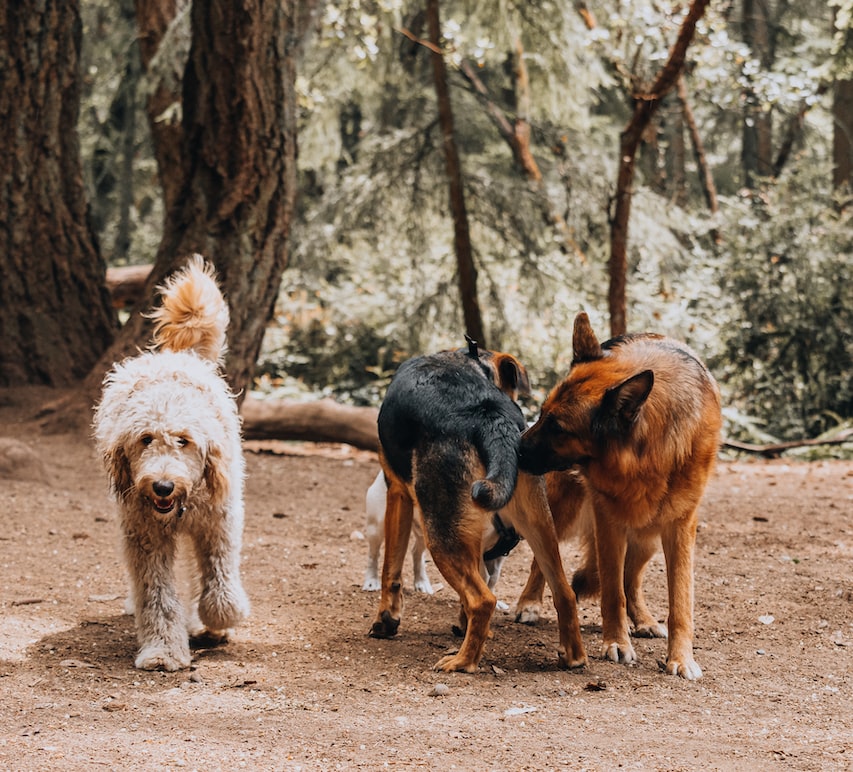 To humans, all dog butt smells probably fall under the category of “gross,” but for our furry friends, butts can contain a wealth of information! You might even say that butt sniffing is their way of saying, “What’s your name, and where are you from?” Scents can indicate familiarity, gender, age, illness, and smelling behaviors can indicate (a lack of) dominance.

Interesting fact: Canines commit scents to memory. Smells are remembered so that they can identify places, humans, and other animals in the future. This helps them to both socialize with other friendly creatures as well as identify any potential dangers. The stronger the scent, the easier it can be for dogs to recall the associated memory when needed. And there’s no better place for a memorable, funky smell than a butt. Whether dogs come across a fur-rend or a sketchy alley, smells indicate how canines should respond -- even from a distance!

For example, recognizing a puppy even before they’re seen can help guide an older dog and how they should interact with the dog they’re smelling from afar. Puppies, as with human babies, will have a distinct smell. Chances are that if a puppy is just starting out with potty training, they’ll have a very specific stink. If an older dog is able to recognize that the fast approaching dog is just a puppy, they can let their guard down knowing that it’s unlikely that they’ll be under attack.

Other times, dogs are just sniffing out a stinky butt. If your pup is guilty of scooting or has had an illness that resulted in diarrhea, smelly butts can be easily taken care of with grooming products. If you suspect any health issues, having a pee pad like DoggieLawn on hand can make it easier to keep track of your fur baby’s bowel movements after they go potty!

Tips for Moving with a Dog