One of the most easily recognizable dog breeds out there is the Australian Shepherd. Commonly known for their boundless energy, cleverness, mottled multi-colored coats, and eerie blue eyes, Australian Shepherds have become an American favorite over the years! 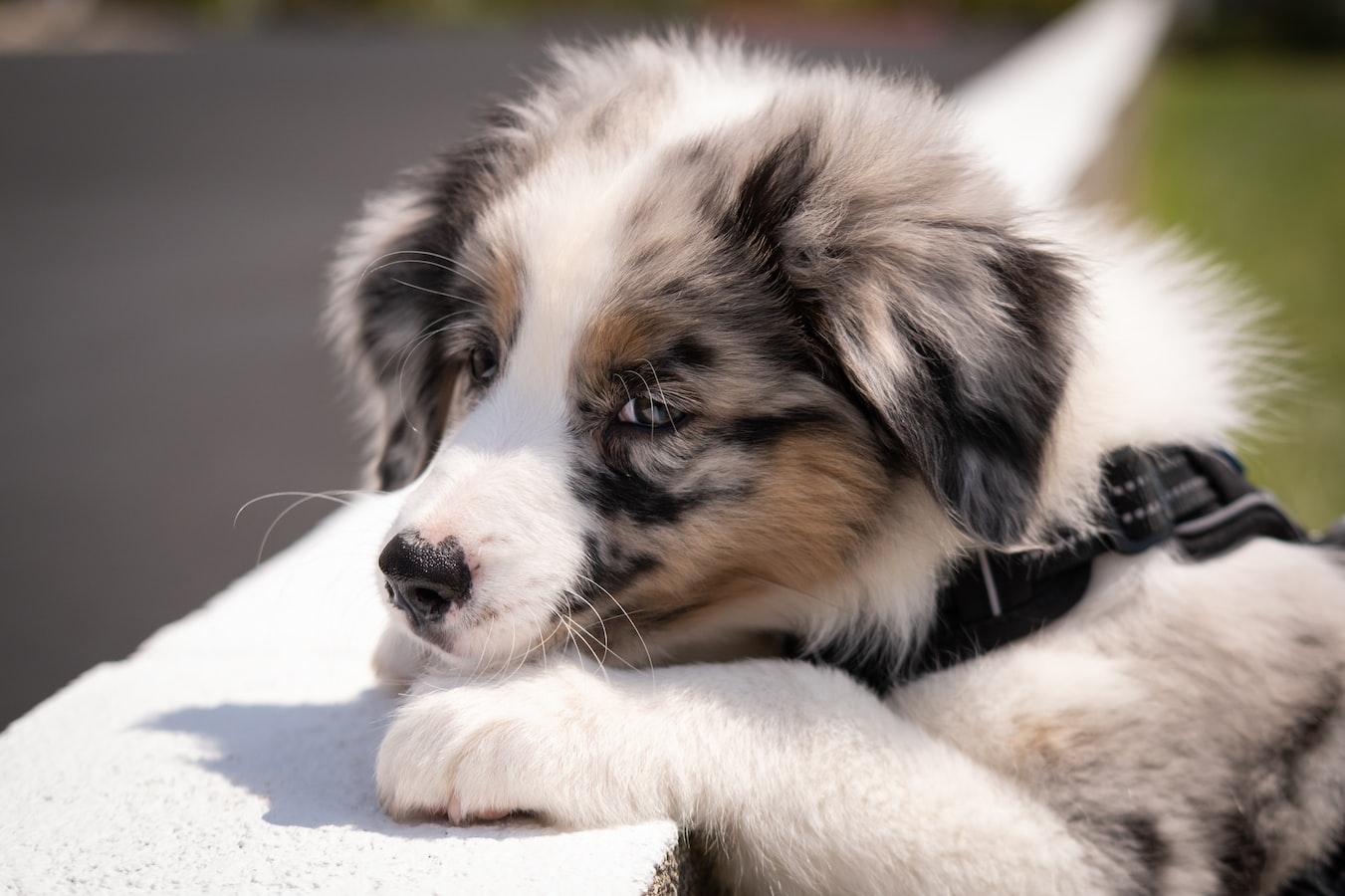 Though they’re affectionately known as Aussies, this breed’s name is actually a misnomer. Their ancestor, the Pyrenean Shepherd, hails from the Basque region of Spain near the Pyrenees Mountains and were the working companions of choice for the world-renowned shepherds who lived there. In the 1800’s, these intrepid Basque shepherds and their loyal, plucky sheep dogs left Spain in search of open, virgin pastures on which to graze their sheep, so they set their sights and their sails on Australia.

If you have your eye on getting an Aussie of your own, we highly recommend obedience training which incorporates housebreaking, and large open spaces. This furry friend is not for the stationary owner, that’s for sure! Taking them to dog parks a few times a week to socialize them with other dogs and building an agility course for them in your backyard are wonderful ways to harness and expend their energy and soften their territorial dispositions.

They’re quite intelligent which makes them trainable, but this also means that they’re clever, so don’t be surprised if they try to hoodwink you! This applies especially if they’re not particularly in the mood to do as they’re told (hence the obedience training). Make sure you train them to use all the approved dog bathrooms, whether they use your backyard or an indoor dog potty like DoggieLawn as their personal potty. As long as you enforce your house rules fastidiously, your Aussie will take to them like fish to water!

Did you know that Australian Shepherds are prone to heterochromia? Don’t worry, this is just a fancy way of saying that their eyes can be more than one color! It wouldn’t be unusual to see an Aussie with one brown eye and one blue. This isn’t even taking into account the sheer variety of eye colors they can have which includes blue, brown, green, amber, yellow, and hazel!

They’re naturally short-tailed dogs which helps them be stealthier and is safer for working purposes.

Due to their high intelligence, they’re extremely versatile occupationally. They’re used for ranching and as rodeo performers, of course, but they also make great seeing-eye and therapy dogs, search-and-rescue animals, and drug sniffers.