All About Bichons Frises

Though it’s quite difficult to pinpoint precisely when the Bichon Frise breed first appeared, there is no denying that this little, fluffy white cotton candy puff of joy was a fan favorite with traders and sailors. It’s primary ancestor, the Bichon Tenerife, was probably one of the more well-traveled breeds in the early days. Some say that the Bichon Frise’s ancient heritage began on the Canary Islands, others say that the breed actually began in Italy or Spain before being circulated all across the Mediterranean by their nautical human parents- but who’s to say for sure? 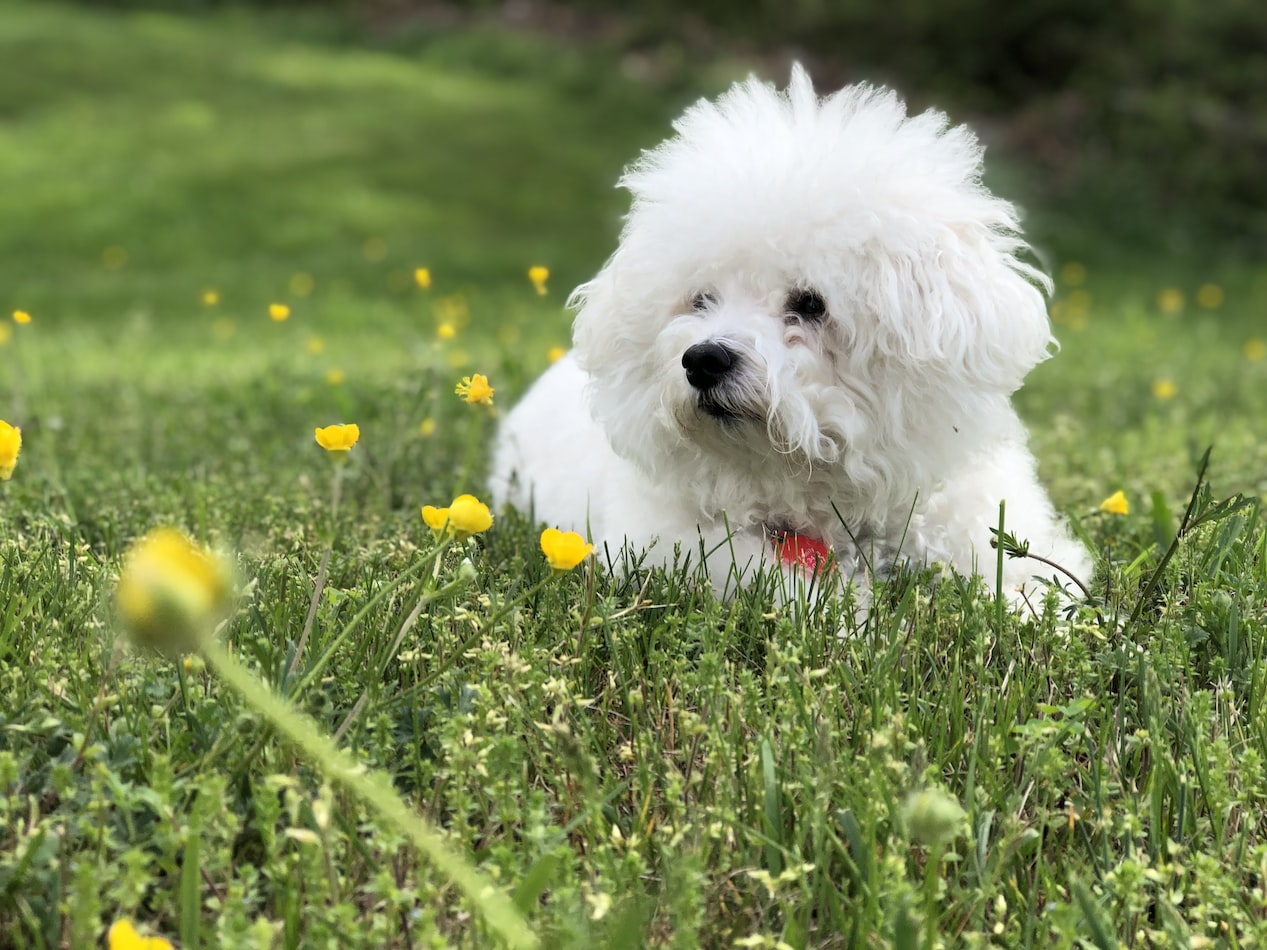 What is clear, however, is that the Bichon charmed its way into the hearts and homes of European royalty and nobility as early as the 13th century with its clever and friendly disposition. It enjoyed a long history roaming lavish castles of France, Spain, and Italy and lounging on the most comfortable laps of luxury (literally) in the world for a few hundred years. Though wars (specifically the French Revolution and the World Wars) have historically put Bichons out of their luxurious living situations, they are adaptable and trainable pups with a love of the spotlight who can flourish in adversity. They are great family pets and dislike being alone, so they tend to suffer from separation anxiety.

Housebreaking your Bichon can be an undertaking (and when we said they were easy to train before, we meant that they are easy to train when it comes to doing tricks), but most people recommend crate training for this particular breed. This means keeping them in their crate while you’re away and overnight. You will, of course, need to take your pup either outside every few hours to do their business or show them where they can potty inside- only on DoggieLawn, of course!

Here are a few fun facts about the Bichon Frise!